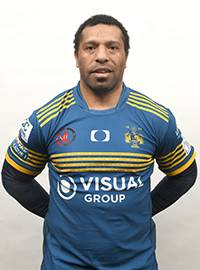 The Papua New Guinea joined the Dons at the start of 2016 after an impressive season at fellow Betfred League One side Newcastle Thunder. 14 tries in 12 games during his time in the North East persuaded the Dons to bring Tali to South Yorkshire.

In four full seasons with the club prior to the 2020 campaign getting underway, the powerful centre had made 93 appearances in a Dons shirt, scoring an impressive 68 tries in the process.

Tali signed a new three-year deal with the club midway through the 2018 campaign.