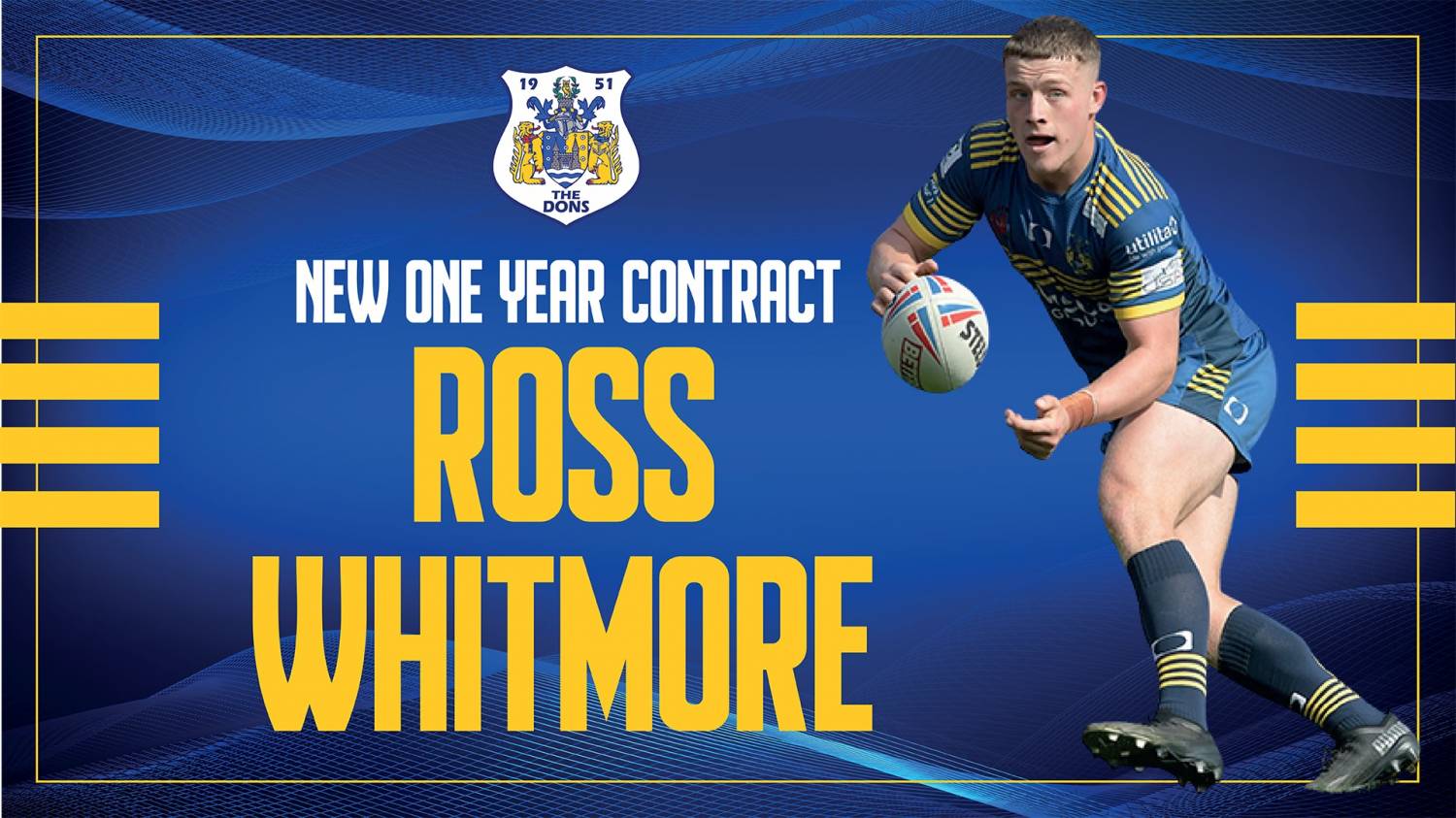 Loose forward Ross Whitmore has signed a new deal with the Dons to take him into his second season with the club.

The 21-year-old arrived at the Keepmoat Stadium ahead of the 2021 campaign after coming through the ranks at Betfred Super League side Huddersfield Giants.

Whitmore featured 20 times in his first season in blue and gold, and was a consistent performer throughout the campaign.

He said: "I am very pleased and grateful to be able to represent the club again, it was an easy decision for me to stay.

"The work the club is doing and the direction they want to go in is something I want to be a part of.

"Personally, it was a big learning curve last season being my first in men's rugby and it was good to get so many games under my belt.

"I am looking forward to using that experience to better myself in pre-season ready for a big 2022 campaign."