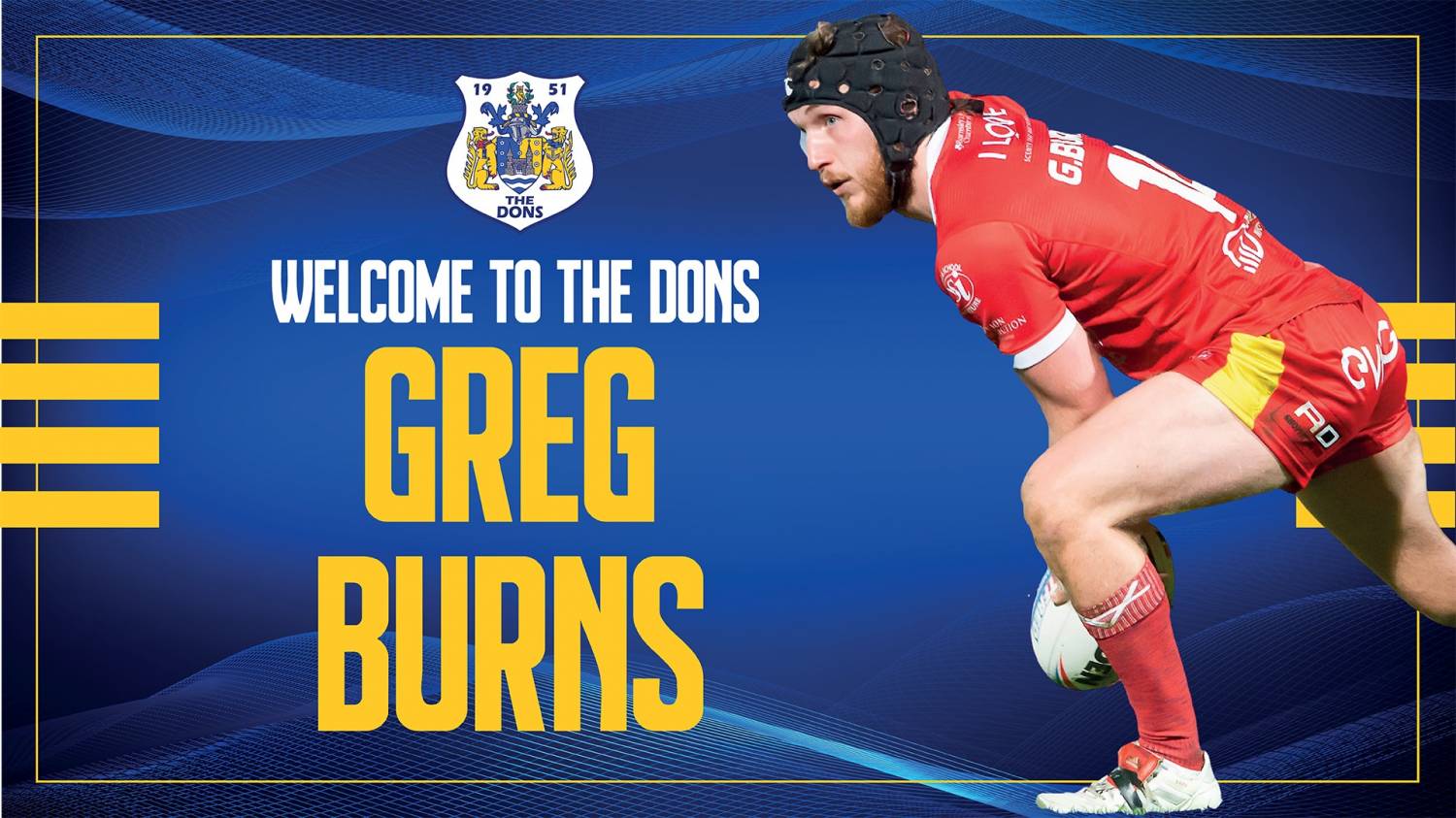 The Dons are delighted to announce the signing of hooker Greg Burns on a one-year deal.

The 26-year-old arrives from South Yorkshire neighbours Sheffield Eagles, where he established himself as a consistent Championship performer since coming through the youth ranks at the club.

Burns made 89 appearances for the Eagles which included winning the 1895 Cup at Wembley in 2019.

He becomes Richard Horne’s second new recruit of the off season, after the arrival of scrum-half Connor Robinson.

Burns said: “I’m really happy to be joining Doncaster, it’s a club I know well after playing for the Eagles at the Keepmoat for the past couple of seasons.

“They’re a really progressive club, and obviously came close to promotion last season so I think the aim has to be to take that next step.

“After speaking to Carl Hall, Richard Horne and Chris Plume my mind was made up to come here for a fresh challenge.”