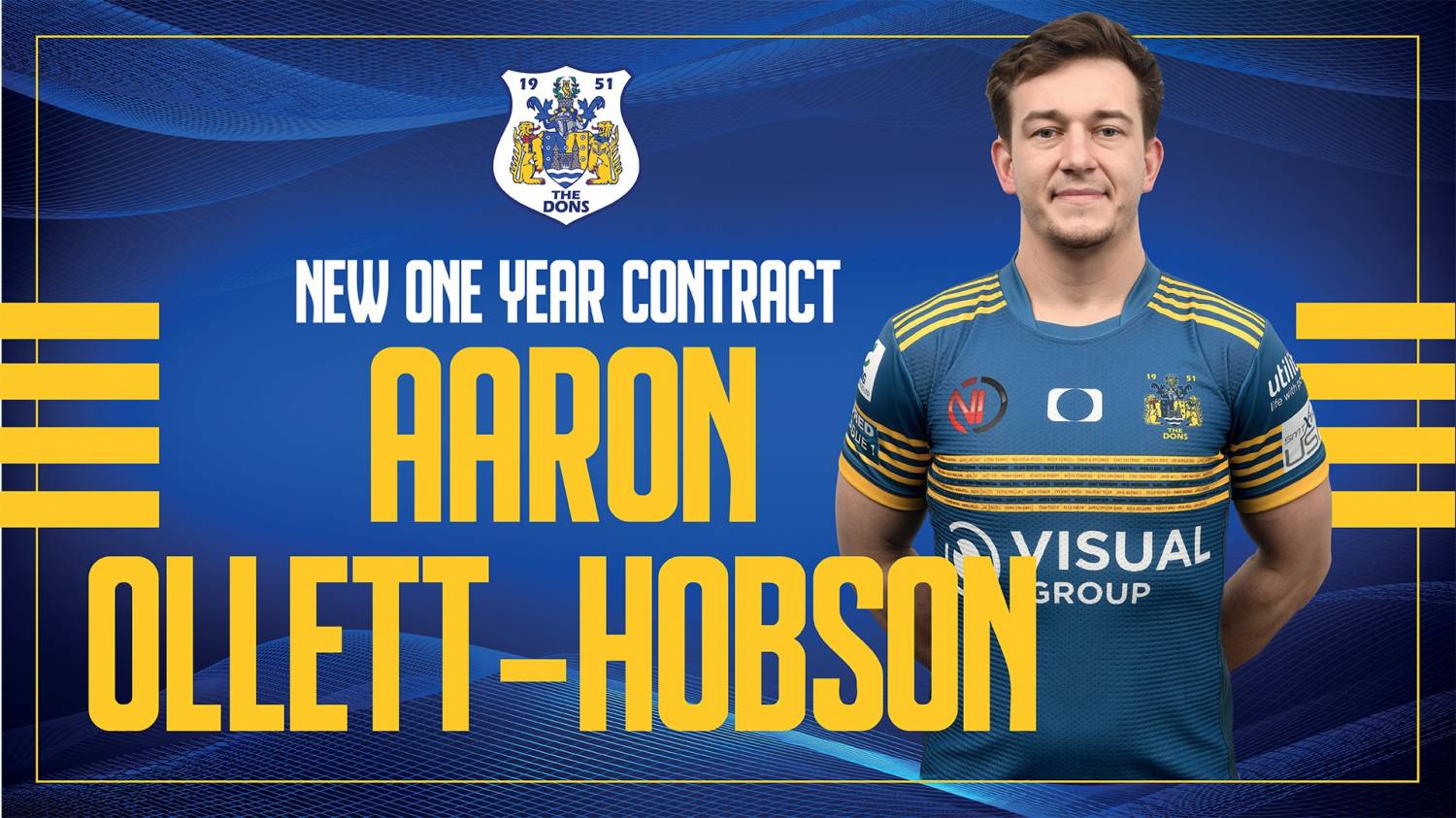 The Dons are pleased to announce that back-rower Aaron Ollett-Hobson has signed a new one-year deal at the club.

The 29-year-old initially signed ahead of the 2020 campaign, and has since made 24 appearances in blue and gold.

He said: “At the end of last season I thought my rugby league career might be over, but the enjoyment I had here made me want to stay.

“Particularly missing out on promotion the way we did, it gave me the added incentive to give everything and go one better in 2022.

“I’m really impressed with the way Richard Horne and Carl Hall are putting the squad together for next year, it’s one to look forward to.”