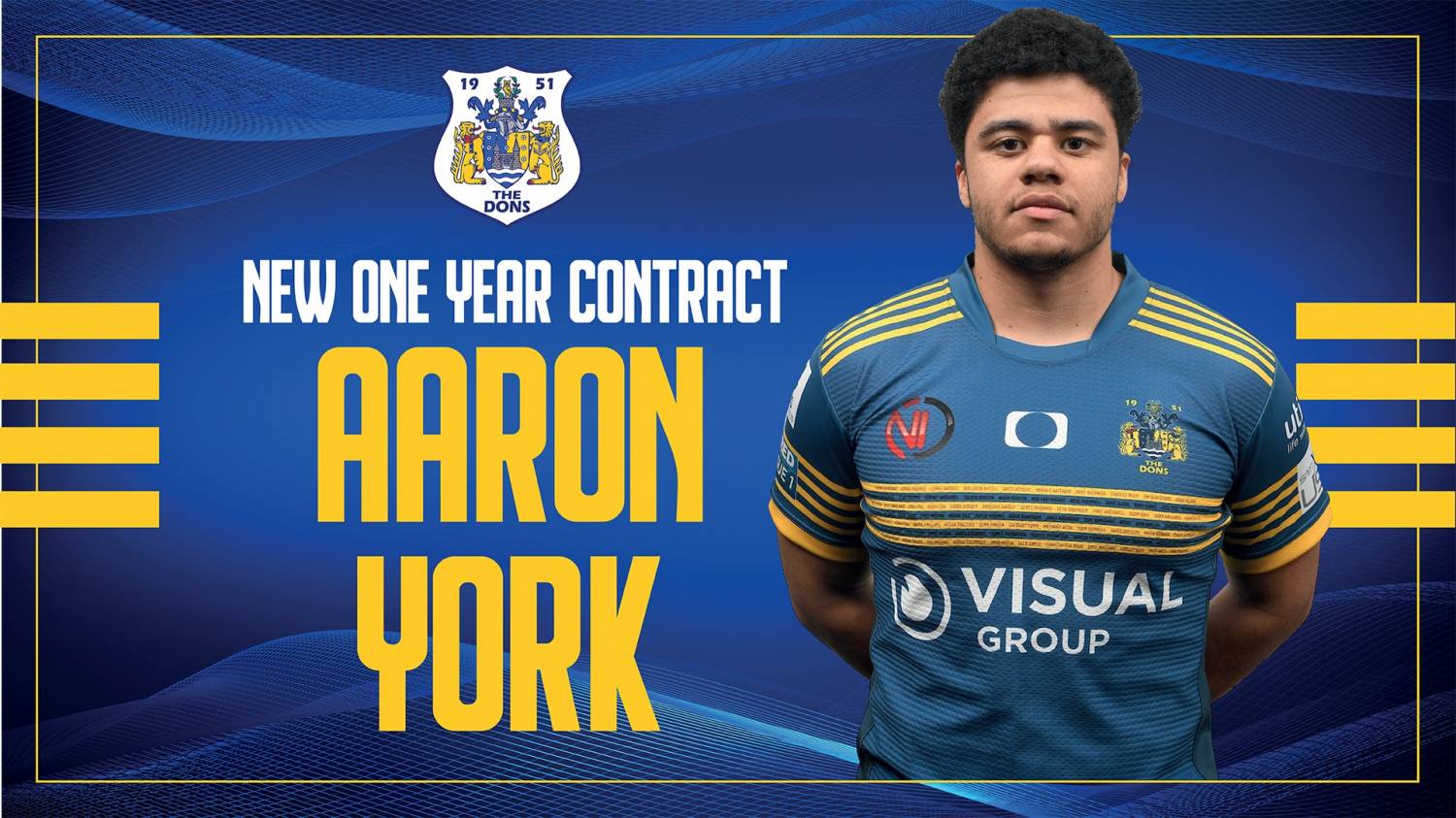 The Dons are pleased to announce that back-rower Aaron York has extended his stay with the club.

York made an immediate impact in his first season with the club and played an important role in the Dons reaching the Betfred League One play-off final.

He said: “I’m buzzing and can’t wait to go again next year. We came a long way as a team so it’s a no brainer to stay.

“It was my first year playing at this level and for me to get 20 games was a bonus so now is the chance for me to kick on.

“Playing men’s rugby and fighting for points every week helped me to develop massively and I don’t think adapting to it was a problem.”