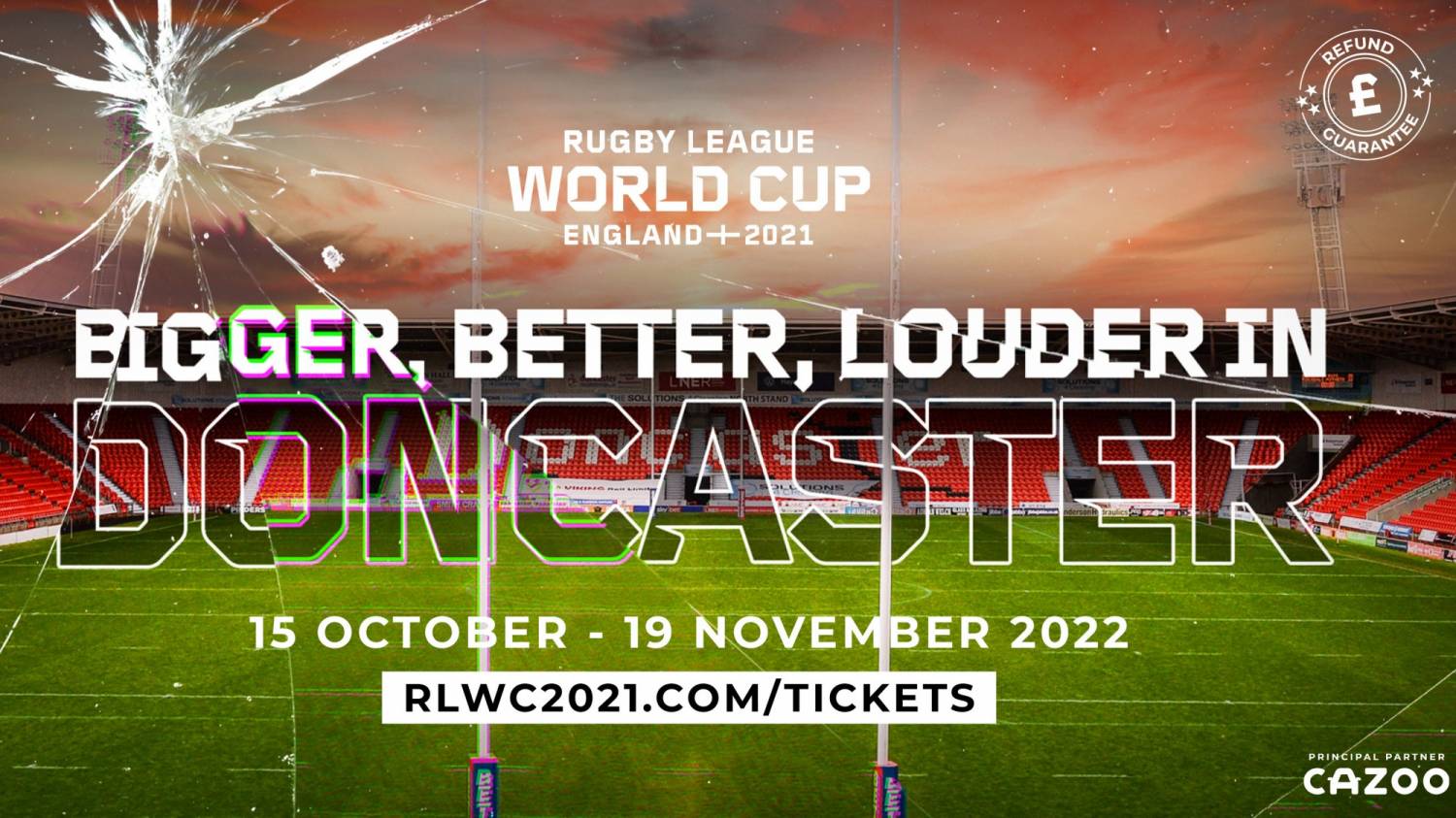 With one year to go to the RLWC2021 finals, the revised schedule for 2022 has been published in full.

The full schedule can be found at rlwc2021.com/schedule

· General admission tickets and hospitality for all 61 matches will go on sale from 9am on November 19 via rlwc2021.com/tickets

In exactly one year’s time, the biggest and best Rugby League World Cup in history will reach its thrilling climax in a showpiece weekend in Manchester featuring the wheelchair final followed by the double-header men’s and women’s final at Old Trafford.

Five weeks of world-class sporting action begins at St James’ Park, Newcastle on October 15 before Headingley Stadium, Leeds opens the women’s tournament on November 1 and a double-header at the iconic Copper Box, London kicks off the wheelchair event on November 3.

Only five RLWC2021 fixtures (four match-days) have been affected during the rescheduling of 61 matches staged at 21 iconic venues, across 18 host towns and cities. These changes involve the switching of two fixtures between existing venues in Leeds and Hull and the relocation of fixtures from Anfield Stadium and M&S Bank Arena.

In the men’s tournament there will be one venue swap with the match between Australia and Fiji on the opening day (October 15) now taking place at Headingley Stadium, Leeds due to a clash with another event in Hull. In return, the MKM Stadium, Hull will now host New Zealand v Jamaica in Group C on October 22 – a fixture that was due to be played in Leeds.

Wigan’s DW Stadium will provide the stage for the double-header which features the second men’s quarter-final as well as England women v Canada women on November 5.

Manchester will create further sporting history by hosting all three tournament finals over a weekend of global Rugby League celebration. Manchester Central in the heart of the city centre will now host the wheelchair final on November 18. The following day (November 19) the showpiece men's and women's double-header final will take place at Old Trafford, Manchester.

All 32 teams across the 21 competing nations participating in the men’s, women’s and wheelchair tournaments have fully committed to the revised tournament schedule in 2022.

General admission tickets and hospitality for all 61 matches will be back on-sale from 9am GMT today in line with the full schedule reveal. Tickets can be purchased via: www.rlwc2021.com/tickets

Fans who have already purchased tickets for fixtures that have been changed will be contacted with information on their options from November 24. A dedicated refund window will be available from then until November 30.

“We have achieved our objective in delivering minimal disruption to the existing 61-match schedule and I want to place on record my thanks to all those who have made it possible.

“Every host town and city who joined us on this journey remains involved and they will set the stage for the very best that the sport has to offer. There are world class, compelling matches, across all three tournaments at some of the most iconic venues across England.

“We are delighted to make tickets available to purchase again and supporters can now look forward to being part of this unique global event. With match dates and locations confirmed, the excitement will only intensify as we look to the horizon and the biggest and best Rugby League World Cup.”