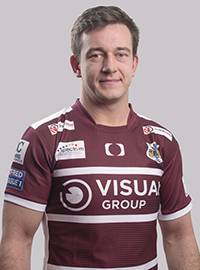 After starting his career with Betfred Super League side Hull Kingston Rovers, the 27-year-old made 26 appearances for the Robins before joining Keighley Cougars in 2016.

Ollett spent just one season with the Cougars, and after a short stint with Dewsbury Rams, joined Newcastle Thunder at the start of the 2018 campaign having already turned out for the club on a temporary basis earlier in his career.

He spent two seasons at Kingston Park, scoring 13 tries in 45 appearances and helping Thunder reach the Betfred League One play-off final in 2019, before joining the Dons for 2020.