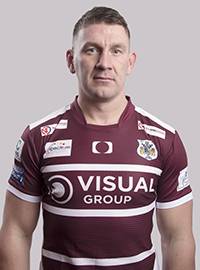 After starting his career at Wakefield Trinity, Spiers made two substitute appearances for the club before brief spells at Dewsbury and the Dons saw him make a permanent move to the Keepmoat Stadium.

The prop forward proved to be a valuable addition to the middle unit and played 83 times in his first spell at the club before joining York City Knights in 2016.

He spent just one season at Bootham Crescent though and returned to the Dons a year after leaving the club, and has since gone on to wear the shirt another 74 times by the end of the 2019 season.