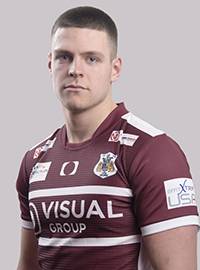 The young winger joined the Dons ahead of the 2019 campaign after leaving Betfred Championship side Bradford Bulls.

Rickett came through the ranks at Odsdal, and made several appearances for the first team since making his debut in 2018.

He arrives at the Keepmoat Stadium aiming for a big year as the Dons push for a successful season in the third tier.