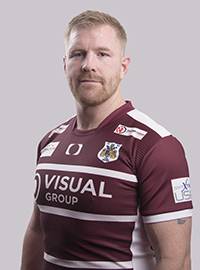 Boyle came through the youth ranks at Castleford Tigers and made his debut for the club in 2005, going on to make 56 appearances before signing for Salford in 2010.

The prop forward played 74 times for the Red Devils prior to a return to Wheldon Road. He joined Halifax midway through 2016 and went on to perform well in the Championship during his time at the Shay.

The 32-year-old joined the Dons at the start of 2018 and in his two seasons with the club to date has made 52 appearances for the club, scoring three tries.